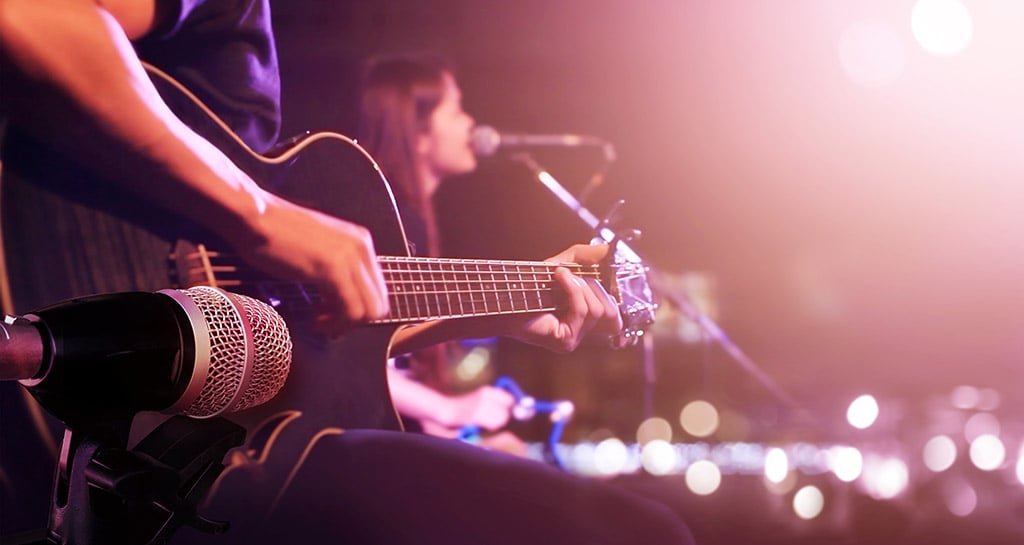 Welcome back to Music of my Life, a series of blog posts that started as an exercise of “what songs do I love” and quickly spiraled out of control into something that has occupied a ton of my time and sent me down a ton of nostalgia rabbit holes. If you missed Part 1, check it out!

A LOT happened during this block of time, which is why I cut it down to only 6 years (and even then, it’s STILL 27 songs… sorry).

During this time, I discovered entirely new genres of music that I didn’t know existed. I went full emo for a time. I found solace in silence, and peace in a lack of lyrics. I started writing an EP around the end of this time. Dubstep became a thing (and I loved it).

I tried to put the first post into a real timeline of discovery, but stuff in this window is really jumbled and messy. There’s also a lot more of “where I was/what I was going” thoughts instead of “how did this make me feel”. (Also, I was VERY much into Christian rock and CCM around this time, but I’m NOT putting any of that in here, because it’s extremely triggering for me.)

This first batch of 11 songs are ones that I have a distinct memory of listening to at my major manufacturer IT job. We had an entire month where one of the major facilities was shut down, so my team and I were tasked with walking through all 4 of the sites spread across town and cataloging all the computers and where they were located. I can still smell the oil and feel the soot between my fingers as I listen to these.

These four songs are much more mild, emotional, contemplative. I had a massive yo-yoing of emotions during this time, and this was the quiet & calm side of me. I got to play piano on Love Song for a gig, and that was a ton of fun (“oh wow I didn’t know you played piano!” “… yeah, for like 16 years now.”)

Some additional, much more energetic & heavy songs. Damiera was a band introduced to me (and later joined) by my friend Steve from yesterday. The Emarosa and Polar Bear Club tracks both opened their respective albums, and absolutely punched me in the face - “oh yeah, I’m gonna LOVE this!” The ending of The Butterfly Effect’s track ended that particular album, and more than once I’d rewind that song to just listen to the last minute over and over. All of these songs continue to rule just as hard today as they did when I first discovered them.

He Is Legend - China White - Getting a standalone callout here. I Am Hollywood remains one of my top-to-bottom favorite albums of all time, a wonderful concept album talking about the darker side of fame. Smack in the center of the album is this beautiful song. Out of anything in this whole list, I encourage you to listen to this song.

Another batch of “where was I?” songs. I got DEEP into World of Warcraft right around the time the first expansion, “The Burning Crusade”, was released. Right around this time, I also got into listening to a lot of electronic, house, and trance music. When I listen to Vicious Delicious, I can still picture myself roaming across Hellfire Peninsula with my Tauren Paladin. Between Two Points was deep in the heart of Zangarmarsh. The following year, I’d be galloping around the “Wrath of the Lich King” zones listening to Kissing Cousins and French Girls. So many songs have deep rooted memories with WoW, that I actually have to be careful listening to them that I don’t find myself sucked back into the game that I spent so much time with. (HRVRD’s The Inevitable and I is another fantastic top-to-bottom album; if you like French Girls I encourage you to check it out.)

Dream Theater - The Spirit Carries On - One of the good things that came out of my time in that afore-mentioned Christian rock band was that the other guitarist introduced me to Dream Theater. I still watch their “Score” live concert with regularity, and this song is easily the best part of it. John Petrucci is one of the pioneers of modern progressive metal, and his guitar playing on this song is absolute perfection. (Also, I very much miss Mike Portnoy on the drums for this band.)

Lowercase Noises - Stars, Pt. 2 and Ambient Song 22 - I’m cheating a little and putting 2 songs by one artist here. It’s my list, I’ll do what I want. I don’t remember exactly how I discovered Andy and his music, but Stars was the song that made me go “ok yeah, I want to make ambient instrumental music” (remember that EP I mentioned earlier? Andy was the one that did final mastering on it.) All of Andy’s stuff is excellent. But he hit an absolute gold mine with Ambient Song 22. A little series of live, one-take recordings that he’d post on YouTube churned out this huge hit with over 3m views. It’s not available in the playlist, so make sure you click on the link (here it is again) and take a listen.

This Will Destroy You - Quiet // Tides of Man - New Futures - Once I discovered ambient instrumental music, I went on a quest to find more. These songs aren’t the only ones by a long shot, but they remain some of my favorites to this day.

Derdg - Ode To The Sun - Andy also introduced me to this band. They get a little bit wackier in some of their other releases, but Ode has such a terrific riff and hook, and it’s cemented as one of my top songs of all time.

Hidden Hospitals - Swan Dive and Picture Perfect - My friend Steve (from yesterday and from the Damiera track above) formed a new band with the Damiera singer. These are two tracks off of their first two EPs. Goddamn, do they slap.

John Mayer - Belief (Live in LA) - Another live track, another masterpiece. If I could be David Ryan Harris for like 30 seconds, I’d pick the time when he got to play this little riff. If I could go back and time and be at any concert, this would be in contention for shows that I would go to. John gets a bad rap sometimes, but he’s an everyman artist - some people love him for his crooning voice and love-y lyrics, and others love him for his masterful guitar playing.

Killswitch Engage - This Is Absolution - I’ve been listening to Killswitch since I was in high school, but it wasn’t till about 2010 that they really hooked me in. The breakdown lyrics hit me like a truck when I was trying to come out of my depression; “anchor yourself to the foundation of everything you love, believe you have just begun to live”.

Skrillex - Scary Monsters & Nice Sprites - Where were you when you learned about dub step? I was at a party where I realized a whole bunch of high school friends, a bunch of college friends, and my cousin were all apparently in a big friend group now, and I had no clue. It was awesome. I may have been sampling the Devil’s Lettuce that evening as well, so hearing this absolutely blew my mind.

Sleeping At Last - Night Must End - SAL has had such an interesting journey. I picked up with them when they released this album, Ghosts, but really started to pay attention around the time of Ryan started doing a musical project called Yearbook. He recorded 3 songs every month and released them for an entire calendar year. It was such an inspiration, and drove me to dive further in to my efforts to write and record my EP in the coming years.

So there we have it. Music of my formative years, ages 20 to 25. Anything you love or vibe with? I’d love to hear about it.